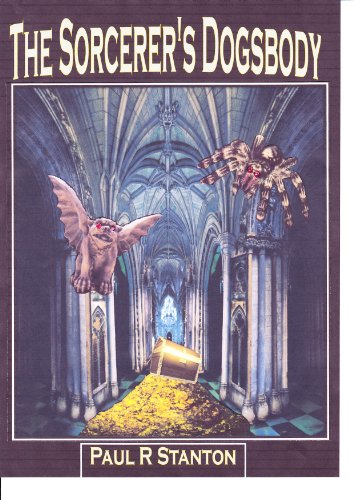 
Thanks for sharing your pictures. It looks like you are all having fun. You hit me with the McGuire, Ibbotson and the Pearson! I love the cover on Journey to the River Sea. I've put up the thread for the group read of Zoe here. See you there soon! I'll hopefully start reading today. And today's Disney image:. Book 45 : Rivers of London by Ben Aaronovitch, narrated by Kobna Holdbrook-Smith - 4 stars A reread, but the first time listening to this on audio and it was very well narrated by Kobna Holdbrook-Smith who has a great deadpan delivery.

I started listening to the second book a few weeks ago and then got distracted - will have to get back to it. Book 46 : Sunshine by Robin MckInley - 3. Sunshine is set in an alternate version of our world where vampires exist and our heroine, Rae affectionately known as Sunshine , is an ordinary teenager until she discovers she has special powers that may help against the vampires In many ways there aren't that many original ideas in this story and at times I did wonder if I was going to find it too angsty there's almost a love-triangle but whilst I didn't think McKinley was doing anything particularly new with these tropes, I thought this was very well-done and enjoyed it a lot even though I wouldn't say YA vampire novels with love-triangles are my thing.


I've read two of her short stories which are available for free The Bone Knife and Dragon Slayer Number Nine - I think the latter is available if you sign up to her newsletter and had been meaning to try her longer works for some time so when I got an email to say Sunbolt was also free via her email list I quickly downloaded it but I think it has taken me so long to write my thoughts up that the offer has now expired Sunbolt is quite short for a novel - more of a novella length - but it's an excellent YA story about a young thief, Hitomi, who gets involved with the Shadow League, an underground movement working to undermine the corrupt local government.

Khanani manages to dodge most of the YA fantasy tropes that can bug me - Hitomi is a strong and capable heroine but she cares about others, isn't particularly bad-ass or broken by traumatic events in her past and there's no love triangle or really much of a romance aspect at all. This is a complete story but the ending does leave the reader wanting to know more about Hitomi's past and what's going to happen to her next.

A longer more novel-length sequel, Memories of Ash was released last year which I am very much looking forward to reading soon. I think there's at least one more book planned in this series after that. Khanani also has a stand-alone novel, Thorn a goose girl retelling and is writing another series featuring the main character from The Bone Knife.

I've never watched Buffy so maybe Sunshine felt more original to me but, as always with McKinley books, it's the characters who make it for me. I am so mad that the next book in the Rivers of London series is coming out in hardback. I hate when they change format that far into a series. No, that's not true. I hate when they change format at any point in a series! And they are doing it with the Toby Daye series as well. I'm glad you had such a good Disney break. I think Rivers of London has always come out in hardback here but it does annoy me when my books need to change format - sometimes because I've caught up with a series in paperback and then can't wait for the next book to come out in that format.

Thanks for the link to the May theme thread. Book 49 : Arrest the Bishop? Previously the only one of her novels which was readily available was House-bound , reprinted by Persephone, which was a tongue in cheek look at an middle-class lady in Edinburgh learning to do housework during WWII due to the lack of servants.

Thankfully Dean Street Press have now stepped into the breach and republished a further three novels by Peck: two crime novels, The Warrielaw Jewel and Arrest the Bishop? Arrest the Bishop? An ordination service is to be held and several guests are staying over when the unpleasant Reverend Ulder arrives without notice and tries to blackmail most of the senior clergy present.

The next morning when the Rev Ulder is found dead there is no alternative other than to call the local police in, and unfortunately the local constable is a Dissenter and decidedly not fond of the high church folk. I won't spoil it by telling you whether the bishop gets arrested or not but I thought this was an affectionate and often quite funny look at murder in an ecclesiastical setting. Although is strictly rather late for the golden age of detective fiction this had the feel of a golden age novel albeit there is probably more focus on the characters and the effects of them on a murder investigation than the strict mechanics of the crime.

Very enjoyable. In particular, as a lot of the male members of the family were killed or exiled fairly quickly, the book's main focus was on the women of the Vaux family and the influence they could have. This was very interesting but quite difficult to read - the 16th century was a time during which your religion and beliefs could literally mean life or death and neither the Protestants or Roman Catholics seemed to have moral issues with torture.

Childs is sympathetic towards the Roman Catholics who refused to give up their faith during Elizabeth's reign - whilst Elizabeth may personally have wanted to be more lenient towards those of the Catholic faith this was made very difficult for her by the Pope's proclamation forbidding any Catholic to obey her and an assassination by Catholics of another Protestant ruler in Europe not to mention the Spanish Armada. I'm glad I read it but I'm even more glad that I don't live in the 16th century. It sounds like Winifred Peck is worth checking out.

I wonder if I'll be able to put my hands on any of her books here. Having checked Dean Street Press's website it looks like they also distribute their books in the US so hopefully you will come those reprints. As a vicar's wife myself I am very relieved that times have changed!

I've got copies of Arrest the bishop? Isn't Dean Street Press wonderful? Glad to hear things have changed for vicars' wives now - I have to say some of the characters she described struck me as people who could easily be contemporary thinking of Mr Weekes, the self-made successful businessman who thinks that because he worked his way up from nothing everyone else should be able to and therefore doesn't hold with free meals for school-children which is exactly the sort of argument I end up having with my Dad Book 51 : Spiderlight by Adrian Tchaikovsky - 4.

Also, one of the main characters is a spider. Definitely recommended to any fantasy lovers. Glad you have so much reading going on, Heather! And I love the Disney pics!!! Thanks for alerting me to Winifred Peck I read The Knox Brothers , but I had forgotten that they had a sister.

Happily, a number of the novels are available for Kindle here at a very good price. I'll get around to them! Again, loving the Disney picture. Thanks for posting. You've read a lot since I was last here!

Nicely done and they all seemed to score pretty high in the ratings. I know where to come when I need a good fantasy recommendation!

Your positive reviews are making me a bit more confident about an attempt soon. Have a lovely weekend. For some reason those aren't calling to me particularly - perhaps just because a 10 book series seems quite daunting! Wrede and Caroline Stevermer - 3. I liked the nod to progress with the new railways being a key part of the books plot. Otherwise, it was again quite difficult to distinguish the different characters' voices and I found the children very confusing.

But still fluffy and fun although nowhere near as good as the first book. Book 53 : The Z Murders by J. Jefferson Farjeon - 3.


I enjoyed it at the time but am struggling to recall details a few weeks later. What I do remember is the depiction of railway travel, particularly the early morning arrival at Euston off the night train. Hi Heather - I hope you're having a great weekend. I've been meaning to try Farjeon. Just FYI, I have created a thread for some chat about what Trollope we might read nextplease pop in if there's anything you'd like to add: Which Trollope next? I think my favourite so far is Mystery in White. Tepper - 3. The Gate to Women's Country was a more difficult read - at first I was quite uncomfortable with what seemed to be a very gender-essentialist stance but now I've finished I think what she's written is more subtle than that.