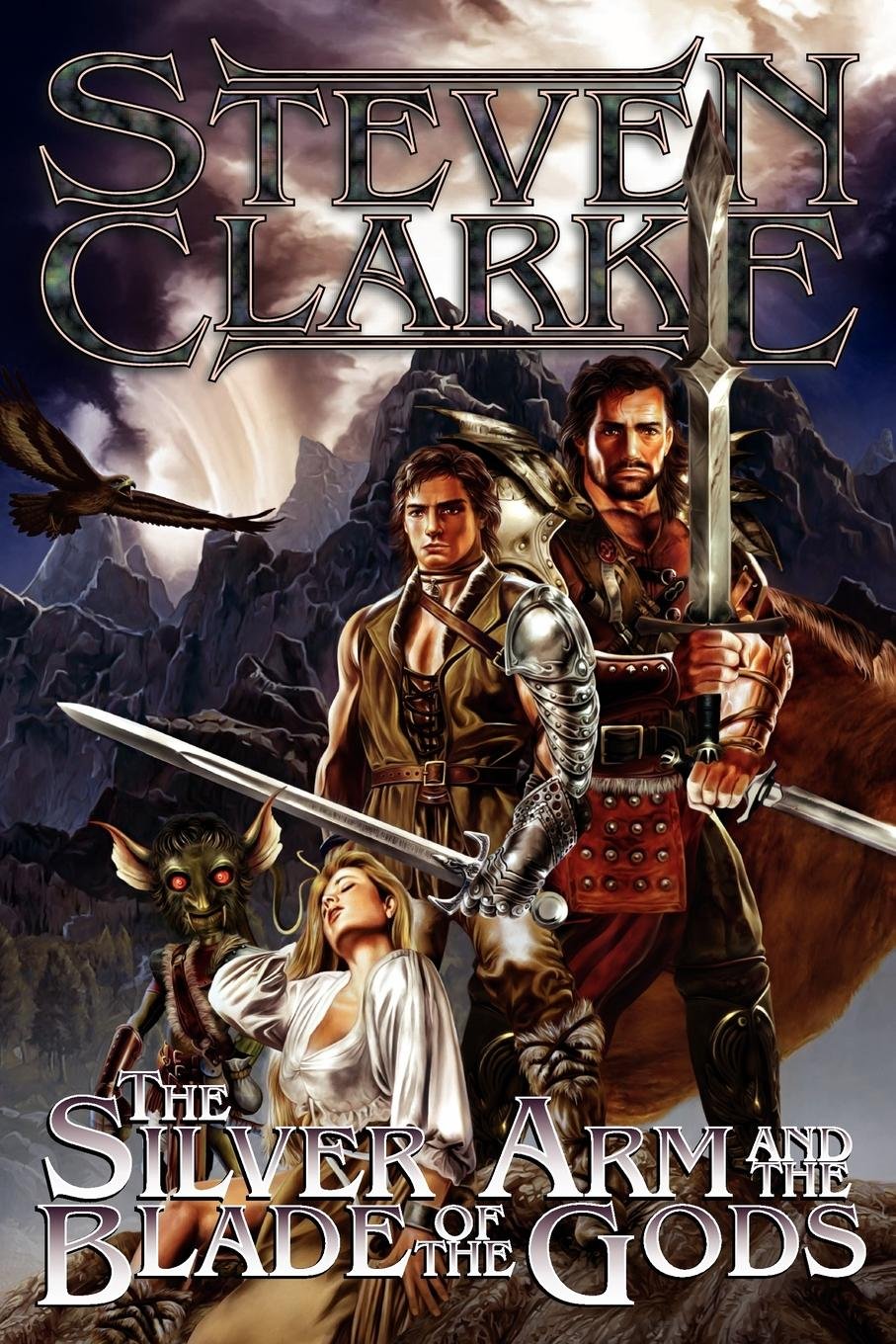 
Pringle , used with permission. Most blade inlays are in monosteel blades; few have been found in pattern welded blades. An example of a historical pattern welded blade having an iron inlay is shown to the right. All throughout the Viking period, there was changes to the length, proportions, tip, and hilt design, categorized by Jan Petersen in his book De Norske Vikingesverd published in Petersen's classifications are still widely used today.

A classic example of a Petersen type K dating from the 9th century is shown to the left. Surviving Viking-age swords run the gamut from exquisite to rubbish. They vary in materials, proportions, length, balance, and weight, as well as varying in the skill of the smith who fabricated the blade. Some historical Viking-age sword jump into the swordsman's hand and become an extension of the arm, eager to do the swordsman's bidding. Other swords seem to want to resist the swordsman's will in every possible way. When one examines and wields an inferior sword of this kind, one has to ask: was this the smith's intent?

Was there a warrior who wanted a weapon so unresponsive? Is there some aspect of this blade that was prized by a Viking-age fighter that we do not recognize or appreciate in modern times? Some blades have acquired a near mythic status in modern times, notably blades inlaid with the Ulfberht mark. These blades have been much discussed in popular media, often with claims that can't be supported by the evidence. Another well-known inlay marking is Ingelrii. The marks are often augmented with crosses on either end of the inlay and with inlaid geometrical patterns on the reverse side of the blade.

The sketch left shows the Ulfberht inlay, but the artist has made the inlay much more visible than is typical to the naked eye. The photographs show the inlays in the reverse side left and front side right of an Ulfberht blade from the 10th century. So many swords are found, manufactured over such a wide span of years, that these swords clearly are not the work of two smiths named Ulfberht and Ingelrii. They are thought to be the products of families of sword makers, or perhaps associations of sword makers.

The swords are believed to have been made in Frankish lands along the lower Rhine in what is now Germany, a region that has made fine swords and cutlery from medieval to modern times. Because many of these blades are found, widely distributed throughout the Viking lands, it is believed that the Ulfberht and Ingelrii swords were prized in the Viking age and thought to be superior to other swords. It's possible that the original Ulfberht invented a new way to make a blade, using a uniform steel having a higher carbon content than the typical monosteel blades of the period.

It's further possible that he chose to identify his blades with the inlay, despite the fact that the inlaid letters are extremely hard to distinguish in normal light, as is seen in the modern reproduction blade seen above and again to the left. Only when the blade is etched does the inlay stand out in sharp relief, as seen in the historical Ulfberht blade seen above and again to the right, which was etched in modern times to bring out the inlay.

If we strip away the hyperbole, there seem to be three broad classes of blades inscribed with the Ulfberht mark. Some of the Ulfberht swords have well-made monosteel blades using good quality high-carbon steel. Some evidence suggests that this steel is crucible steel. The process for making this steel would have been unknown to northern smiths in the Viking age.

Man at Arms Art of War Weapons of the Gods

The steel could have come over existing trade routes from middle Eastern or Asian lands, where the process was known. However, the evidence for the blade material being crucible steel in Ulfberht blades is not solid at this time.

It may simply be well-made bloomery steel created using processes known to Viking smiths. Some of the Ulfberht swords have well-made monosteel blades using good quality but lesser-grade steel, of the kind that could have been made by a skilled northern smith in the Viking age.

Some of the Ulfberht swords are clearly inferior, being less-well designed and fabricated, using lower-quality materials. In some cases, the Ulfberht mark is poorly formed, or misspelled. At least some of these are thought to be Viking-age counterfeits, made by smiths to capitalize on the Ulfberht name. One surviving blade is inlaid with Ulfberht on one side and Ingelrii on the other, a double counterfeit!

The best indication of a genuine blade appears to be the metallurgical quality, an area which has received insufficient research. Additionally, it is likely that additional Ulfberht and Ingelrii blades remain to be identified, since the inlays are sometimes not visible to the naked eye and are revealed only by X-ray analysis.

Most of the Viking age swords appear to have come from outside Viking lands, notably from Frankish lands along the Rhine. There are a few instances in the sagas in which people are described fabricating weapons, but never swords. The stories suggest that some swords were acquired as gifts: from kings; from earls; from family members. Weapons were taken from grave mounds by men brave enough to enter the grave and battle the ghostly mound-dweller.

It's not clear how men maintained their weapons. The stories are filled with examples where, during hard use, a weapon became so dull that it no longer cut. Sharpening weapons must have been a routine chore, as it was with agricultural implements.

Men must have routinely sharpened their weapons with a whetstone. The whetstone shown to the right was found in a Viking-age context. The wear patterns indicate it was primarily used for sharpening a long-bladed weapon such as a sword rather than shorter weapons or agricultural tools. While generally, men sharpened their own weapons, sometimes they asked others to do the job for them. There also appear to have been professional sword sharpeners. The word used is flot , which has the sense of fat or grease from cooked meat.

Prior to a battle, men prepared their weapons. Swords were highly prized heirlooms during the Viking era and were used for generations. The bas-relief shown to the right illustrates an episode from chapter 17 of Grettis saga. When a young man, Grettir prepared to leave Iceland to travel to Norway. His father had a low opinion of Grettir and refused to give him a sword, saying, "I don't know what useful thing you would do with weapons.

Some swords are mentioned in multiple sagas, spanning centuries. Later, Skeggi returned to Iceland with the sword, probably near the beginning of the 10 th century. A squall capsized the ship, and all aboard were drowned.

Gellir had the sword with him, but the saga says its fate is unknown. Archaeological evidence also supports this kind of long and continued use of sword blades. The photo to the left shows an early 11 th century crossguard fitted to a blade made during the migration era, centuries before the Viking age.

This evidence suggests that sword blades several centuries old continued to be maintained and used. A nearly identical crossguard was found at Hedeby, rough-worked with flashing from the casting process still visible. A sword's scabbard provided protection for the blade when not in use. Scabbards were usually made as a sandwich. The innermost lining was fleece or fabric, since the natural oils in the wool helped keep the blade from rusting. Wood surrounding the fleece provided the physical strength to protect the blade, and leather covered the entire structure.

Scabbards, being organic, rot away, but they leave their traces on the surviving blades in ways that inform us about the scabbard construction. These close-up photos of an early 9 th century Viking sword blade show the remnants of the scabbard on the blade.

How to Make God of War Swords: Blades of Chaos: 7 Steps

The photo to the left shows the full width of the blade immediately adjacent to the crossguard. The wood grain of the scabbards wooden core is clearly visible. To the right is an extreme close up of the edge of the same blade, near the point. The traces of the fibers of the fleece that formed the innermost layer of the scabbard are visible on the blade.

Many scabbards had a metal chape at the tip, to protect the point of the scabbard and sword , and some had metal mounts at the throat of the scabbard, as seen in the modern replica above. The Jelling-style chape shown to the left is made of bronze and dates from the 10 th century.

A modern replica chape is shown to the right, mounted on the point of a scabbard. She intentionally damaged the scabbard so that the sword fell out on its own. There are examples in the sagas where swords stuck fast in their scabbards. 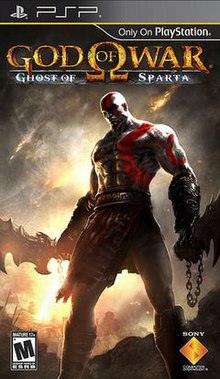 The sword finally came out of the scabbard howling. It makes one wonder how often this sort of thing happened in actual combat. Little is known about details of the scabbard, belts, baldrics, and suspension hardware, since little has survived. The organic materials rot away, leaving only the metallic chapes and belt fittings. It is thought that, early in the period, scabbards were usually slung from a baldric, a belt over the shoulder, as shown to the right.

In the sagas, there are few examples of swords being slung from the shoulder. He drew the sword and slung the scabbard over his shoulder. Some swords had a strap on the hilt which could be pulled over the hand, allowing the drawn sword to hang while another weapon was being used. A highly speculative interpretation is shown to the left. Surprisingly, though, when hung from the pommel, the sword is not much in the way. After the pole weapon is dropped or shifted to the other hand, a simple flick of the wrist brings the sword up neatly into the hand.

A speculative interpretation of this move is illustrated in this combat demonstration video , part of a longer fight.